Mortgages issued by lenders up this year, almost on par with national average

According to RealtyTrac, a total of 8,191 mortgages were issued to Southern Nevada homebuyers in the second quarter. This was up 8 percent from the same period last year. 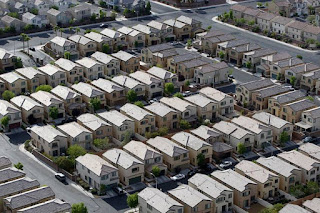 This pace is slightly behind the national average - with lenders having issued roughly 738,000 loans for purchases nationally in the three months ending June 30. Although this volume still pales in comparison to the peak of the real estate housing bubble, interest rates are still historically low despite haven risen slightly since January.

Lenders have also been refinancing loans at a rapid pace across the country. The Las Vegas area alone saw a total of 10,273 refinancing loans issued in the second quarter, up 40 percent from the same period the year before. On the national scale, lenders wrote 32 percent more "refis" last quarter than at the same time last year, with approximately 1.2 million refinanced loans in tow.