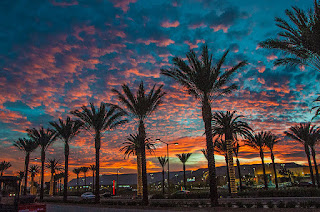 According to recent article by the Review Journal, "More than 6,000 of the 22,500 acres that make up Summerlin are available for development. The community, home to about 100,000 people, has entitlements to build 40,000 more housing units and could double its population."
“One of the things that’s always an issue with Summerlin because of the 26 years of development is a lot of folks think we’re done and that there’s not much more to go,” Summerlin president Kevin Orrock said. “The fact is we have another 20 years to go. The best is yet to come.”
Summerlin announced it will open nine new neighborhoods in 2017, seven of which offer detached homes and two that offer attached products. With 21 subdivisions open today and some scheduled to close out in 2017, the community could have 25 to 30 subdivisions selling homes next year, up from 10 subdivisions in 2011.
Summerlin has 2,500 apartments and Orrock said more will be built this year to meet the demand of people who want to live in Summerlin or no longer want to own. William Lyon Homes is constructing condos on West Charleston Boulevard that will be as small as 800-plus square feet, he said.
Dennis Smith, president of Home Builders Research, said that’s a smart strategy because the addition of Downtown Summerlin and other commercial development has generated more jobs. Those workers want to live there if they can afford it, and their employers want that. too. Those new residents would spend their money in Summerlin as well.

For more information on Summerlin, check out http://summerlin.com/